E-Prime and the Structural Differential (A Refresh on General Semantics) E-Prime is a version of English that eliminates forms of the verb to be as means to clarify thinking, avoid fallacies, bias and misconceptions and strengthen writing. It was devised as an adjunct to Korzybski’s general semantics in the late 1940’s. Particularly the verb’s function in cases of assigning identities and essences (“is of Identity” and “is of Predication”) gets emphasized as forming pernicious thinking habits (and thus epistemological consequences as well as psychological ones) in how things are commonly articulated within the syntactical arrangements and implicit order of language (subject-predicate constructions, sequential linearity, causal inversions, etc.)

Avoiding usage of the verb whenever possible is suggested, substituting instead with other linking verbs and constructions.

To Be or Not to Be: e-Prime as a Tool for Critical Thinking (David Bourland)

The 10 page paper is available here.

As we become conscious of our misunderstandings we improve the quality of our thinking, and most particularly, of thinking about thinking, which Richard Paul defines as “critical thinking.”

The verb “to be” carries with it a huge intellectual momentum of completeness, finality, and time independence.

The Impact of E-Prime on Writing and Talking

In this part of the paper I will present four of the major consequences of using E-Prime in written and spoken utterances.

A three-dimensional model illustrating the abstracting processes of the human nervous system that is used as a training device in general semantics.

The device is intended to show that human “knowledge” of, or acquaintance with, anything is partial and circumstantial - not total and static/unchanging. It illustrates how we extract what we know (in the form of how we can know it) from what we see in an imperfect representation of the underlying dynamics of reality in perpetual motion and constant change. 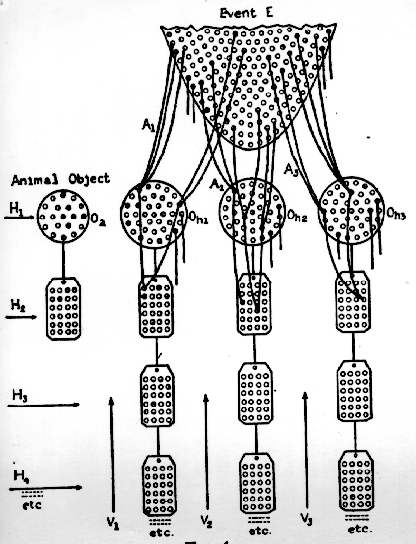 Thus the differential sets up a hierarchy of order, with the submicroscopic domain of dynamic change coming first, the relatively stable universe conveyed non-verbally by our senses coming next, and then the verbal levels. A label is what we attach to a non-verbal experience in order to identify this experience in verbal terms; when we identify an “apple”, we attribute to this identification various non-verbal experiences. 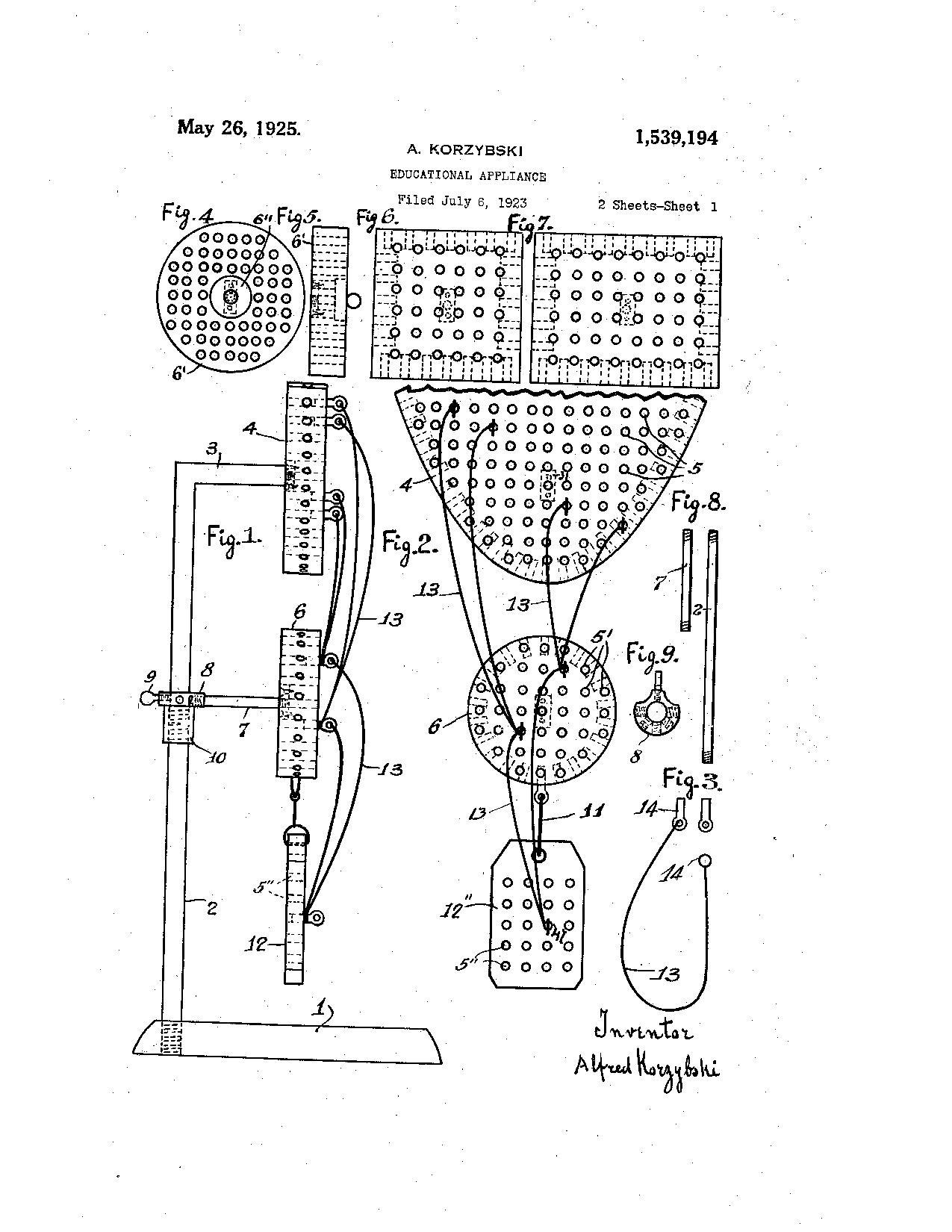