Bruno Latour on Why Gaia is So Hard to Understand 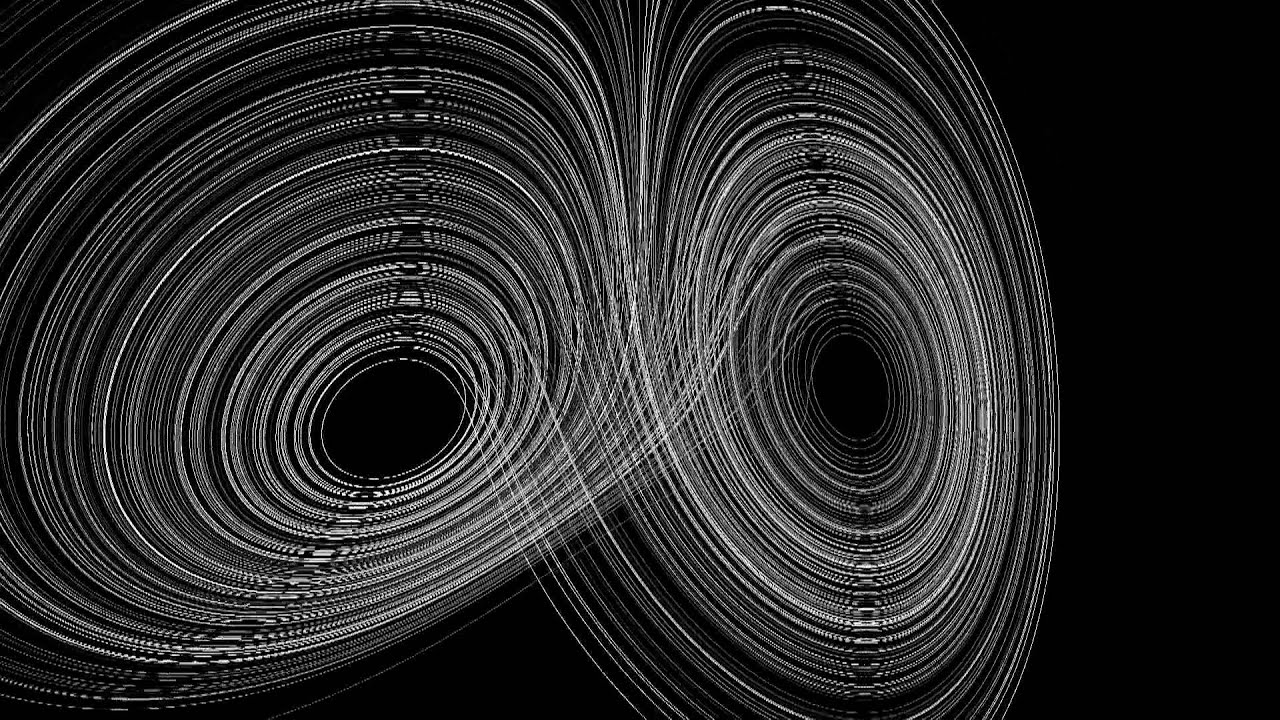 Extending the Domain of Freedom, or Why Gaia Is So Hard to Understand:

*The Gaia hypothesis implies that the stable state of our planet includes man as part of, or partner in, a very democratic entity. —James Lovelock

There are of course good reasons for that. The first is that any new phenomenon is defined by comparison with some already familiar situation. Gaia however is a unique phenomenon — at least as long as we have no proof of another planet modified by life to provide some sort of baseline. So, it’s no wonder that metaphors don’t help much in defining Gaia: if you are happy with one version, it is sure to be wrong. You cannot zoom in on its specificity by just considering nature as a whole. Hence the many misunderstandings accumulated over the years around the idea that the Earth is alive, that it is an organism, a superorganism, a machine, a cybernetic feedback control device, a spaceship, a body politic, and so on. Even the tamed notion of system is no more than a fragile simile in spite of the now common expression Earth System Science (ESS)—the polite euphemism sometimes used to avoid naming Gaia too directly. Whilst there is a fairly widely held perception that ESS has replaced the idea of Gaia, we argue it is important to differentiate them. Specifically, Gaia originated and expanded in space and time from within a preexisting Earth system. Strangely, defining such a phenomenon requires a sort of negative geology reminiscent of the apophatic ways that theologians had recourse to when trying to probe God’s uniqueness.

The second reason for the difficulty of making sense of Gaia is that it’s not clear if it’s a discovery of a new phenomenon or the introduction in science, as well as in philosophy, of a new way to look at all phenomena on Earth. As Sébastien Dutreuil has shown in a meticulous inquiry of its historical development, Gaia is simultaneously a hypothesis, a testable theory, a summary of highly specific facts, a worldview, and a philosophy of nature all mixed together.6 Not to mention the claim made by some of its proponents that it might be a new religion or a new spirituality. This uncertainty explains the wide range of reactions triggered by any utterance of the word Gaia. It is the aim of the present paper notto choose too fast what Gaia consists of because we claim that Lovelock’s and Margulis’s discovery might be just as unique as the object it tried to describe. In other words, Gaia might be the name of a shift in understanding of how to approach many phenomena of what was lumped together before in the notion of nature. This is why we are both—one coming from social science and the other from natural science— joining forces to keep open the possibility that we are dealing here with a change in what could be called a world view, by which we mean a distribution of traits affecting science, as well as politics, morality, and the arts. In brief, a cultural paradigm shift comparable in scope to the one introduced at the time of the scientific revolution by Galileo Galilei.

Gaia Theory Is Contemporary of the Anthropocene

Not only was its formulation strictly contemporary with what was later called the Anthropocene, but, in addition, its first description by Lovelock depended fully on an analysis of how human industry had been able to modify the chemical balance of the Earth at a global scale. As has been told many times by Lovelock and described by Dutreuil in great detail, the invention of exquisitely sensitive instruments—especially the electron capture detector—allowed Lovelock to quantify the extent of industrial pollution in a new way. His inventions were used to detect the global spread of anthropogenic pollutants, including DDT and later CFCs. And it was Lovelock’s resulting reputation for instrument design that led NASA to employ him in the design of life detection experiments for what were to become the Viking missions to Mars. As is well known, Lovelock puts his Eureka moment of discovering Gaia in 1965, while working for NASA at the Jet Propulsion Laboratory in Pasadena, California. In many ways, his insight to look at the Earth as if from Mars was to extend to all life forms the analogy thattheir disseminations of chemical byproducts were like those of modern factories.

Those who project onto Gaia the image of a global body, or even worse that of a female body, simplify too much Lovelock and Margulis’s common project. And it is sure they are not aware of Gaia’s mythical pedigree. Any look at Hesiod will show that there is nothing maternal, womanly, or even godly in such a dangerous, archaic, cunning, and chthonic figure that precedes all the gods.

Coatlicue, primordial Aztec earth goddess representing the devouring mother, giving birth to life and death simultaneously (and in whom both the womb and the grave exist).

This is where the main difference with neo-Darwinism lies and the reason why both discoverers of Gaia ran into trouble at first with so many biologists. While Darwinian organisms don’t have to create the situation in which they find themselves, Lovelockian agents have to take on their shoulders, so to speak, the task of bootstrapping the very environment in which they fold themselves. Natural selection for Lovelock appears as a simplified and on the whole local way to account for life forms’ engineering capacity;for Margulis, on the other hand, natural selection is not even a creative process but rather just the culling of “unfit” variations.

Actually, this offers a clear parallel with Galileo’s efforts at describing falling bodies. These hesitations prove that in the same way that it is difficult to invent Galilean objects, it is just as hard to dis-invent them in order to repopulate the Earth with what could be called Lovelockian or Margulisian agents.

In a way, we should consider that Gaia is folded, distributed, inserted inside an Earth system that existed long before its development and will persist long after its demise, and that life has learned to modify but only partially. The result of this disconnect is to render any portrait of Gaia difficult to stabilize. If you look at energy transfer, life is barely visible; but if you look at the amount of new information and the fluxes of key biological elements, Gaia is everywhere and has modified the whole system —except it is not a “whole system.”

Lovelock and Margulis did not overanimate a dead earth for some mystical reason;they simply refused, for strictly scientific reasons, to deanimate it, that is, to deny the agency of life forms.

One could object that if such a wide distribution of mechanisms is true, then what is the sense of invoking the name of Gaia at all, as if it had,through the use of a personal name, some sort of unified character? But this would again be a way to skip what the discovery is about: even though life forms are not submitted to a frame that would be superior to them, they do produce such a frame, or more exactly they generate as many frames as their intertwined history has locally produced. In other words, the reason why any notion of whole has to be put into question is because life forms produce their own extension in space and time. If there is one thing that we should not apply any a priori form of space and time to, it is the way life forms extend and last.

To reveal these important aspects, we need to break apart the unity and homogeneity of Gaia. We need to somehow show that Gaia is a heterogeneous phenomenon created by the actions and interactions of many diverse biological free agents and aspects of their abiotic world,the result of which is a risky and provisional extension in space and duration in time. 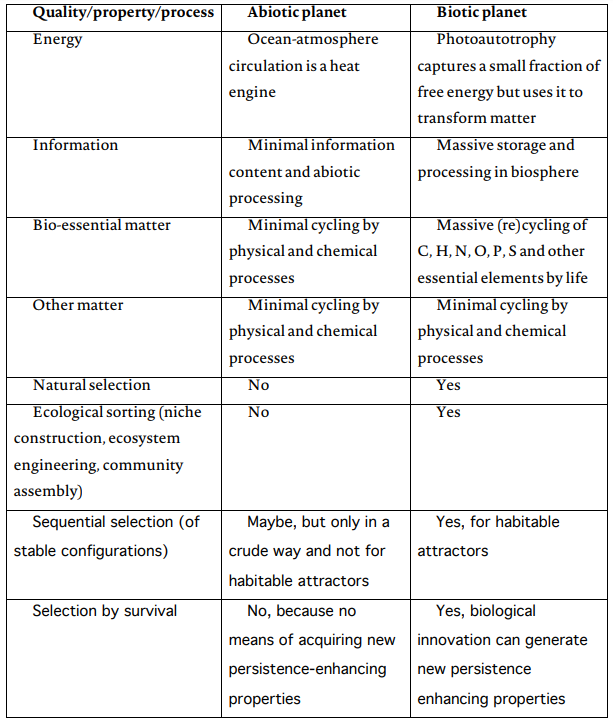 The uniqueness of Gaia opens a new definition of what is a polity just at the time when the situation summarized by the term Anthropocene reopens the connection between what philosophers used to call the domain of necessity—that is, nature — and the domain of freedom — namely, politics and morality. It would be odd, indeed, not to consider the new climatic regime as an occasion to draw new connections between the two domains. Drawing lessons from nature to define the order and regulation of society has been going on for as long as political thought. The question raised by Lovelock’s and Margulis’s Gaia is to consider whether those lessons change when the two domains are being symmetrically challenged. Does it make a difference to draw lessons from nature or from Gaia?

If history is a good guide, the specter of naturalization is sure to trigger in social scientists and those in the humanities a recoil of horror and rightly so. It’s enough to remember social Darwinism, sociobiology, dialectic materialism, eugenics,the intelligence quotient (IQ) controversies, or for that matter much of economic science purporting to make human societies “obey the laws of nature.” Against those attempts at ordering and regulating humans in the name of nature’s “iron cage,” the domain of human freedom should be protected at all cost. On the other hand, the new climatic regime obliges us to revise such a reaction because the situation is now upside down; it is the Earth that now has to be “protected at all cost” against the encroaching of human (dis)order and (de)regulation. So, the Anthropocene puts political philosophy in a double bind: we should not expect nature to dictate human behavior, and yet we can no longer abstain from drawing lessons from Earth behavior because of the way it reacts to human behavior.